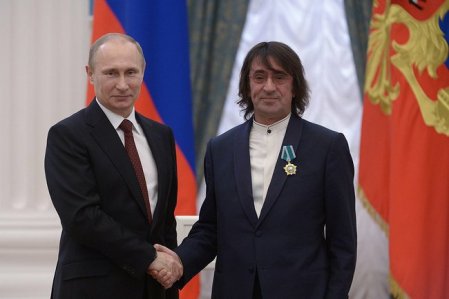 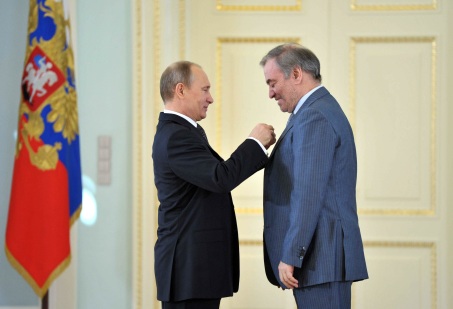 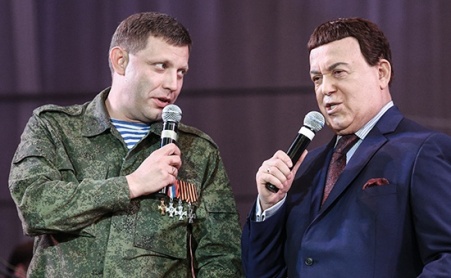 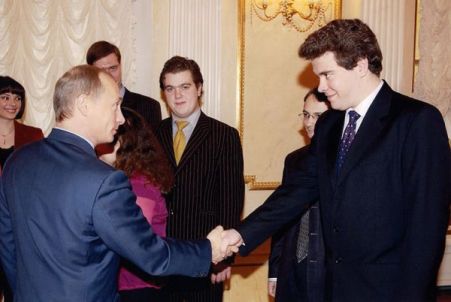 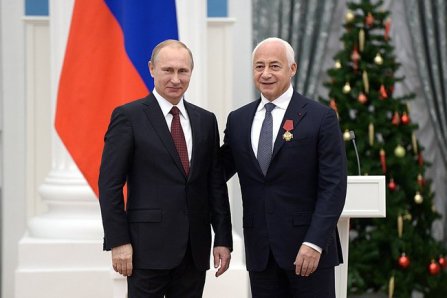 Opera singer Anna Netrebko handled a check for one million rubles to one of the leaders of the pro-Russian separatists Oleg Tsarev in a televised ceremony in Saint Petersburg. During the ceremony she was photographed posing with a flag of so-called “Novorossiya”, which is considered a terrorist organization by the Ukrainian law.

Pianist Valentina Lisitsa has been engaged in a long campaign on social media insulting the people of Ukraine. Her posts on Twitter depict Ukrainians as population of degenerates. The feed has also some racist and anti-Semitic remarks. In April 2015 the Toronto Symphony Orchestra cancelled concerts with Lisitsa citing her hateful posts. In August 2015, KLM Royal Dutch Airlines decided to remove Lisitsa’s recordings from the in-flight entertainment program, because of her support for the pro-Russian separatists that are considered responsible for taking down flight MH 17.

For more information about Lisitsa’s role in the conflict click here.

On the photo below: Valentina Lisitsa sharing stage with the leader of the pro-Russian separatists Alexander Zakharchenko.